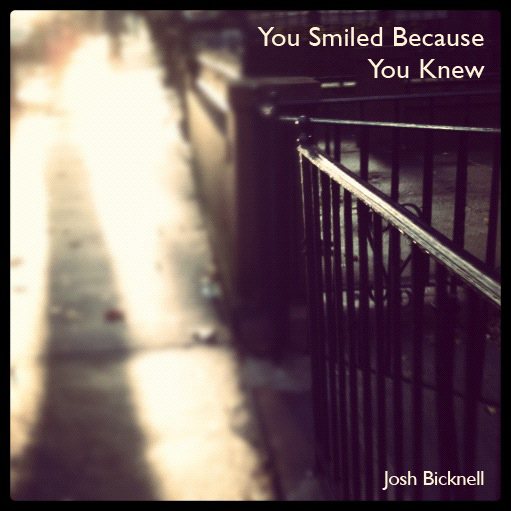 A few years ago, I wrote, performed, and recorded a piece of music entirely on an iPad. The GarageBand app had just been launched and I wanted to experiment with it. So for a few days, I used my time commuting on the 2 Train between Brooklyn and Manhattan to compose and record. I liked the way the piece turned out, so I released it online.

The ironic part? It’s the most listened-to piece of music I’ve ever composed.

I had to disable downloads from SoundCloud because they were about to charge me an upgrade fee. It was getting too many! I moved it over to Bandcamp here on this page, so you can still download it if you want to.

But this post is not to talk about one music service over another. Nor is it to discuss techniques for composing music on an iPad. And it’s certainly not to tell you about how many people are listening to my music.

This post is to share the part of the story that is most interesting to me. Why is this piece getting so many listens?

Well, it certainly wasn’t for either of the reasons I thought it might be.

I must confess. At the time, I didn’t even know there was an intriguing story to tell.

My piece was an instrumental, so I was at a loss for a title. I happened to be scrolling through a blog called i can read. The blog consists of quotes layered over images in a beautiful way. The day I named my piece, I came across a fantastic quote.

“When I saw you I fell in love, and you smiled because you knew.”

So I named my piece, “You Smiled Because You Knew.”

After deciding on this title, I figured I should probably know a little something about the origin of the quote. The blog post attributed it to William Shakespeare.

Yet something about that attribution gave me pause. Really? Shakespeare? It didn’t sound like something he would have written. Sure, he wrote plenty about love, but the structure and the phrasing seemed uncharacteristic.

My curiosity kicked in and I discovered that my suspicions were, in fact, correct. The quote is not Shakespeare. It is actually a translation of the Italian libretto from the Verdi opera, Falstaff. Written by Arrigo Boito. Not Shakespeare.

I thought this was absolutely fascinating. Think about all of the years that have passed since the Falstaff libretto was written. All of the years since Shakespeare has lived. All of the technology that allows us to research the written word in seconds! Yet still, we have a misconception about something so seemingly simple as who should be credited for a popular quote.

As a brief aside, the opera is actually based on a work by Shakespeare, “The Merry Wives of Windsor.” So there is a loose connection. It is probably the reason the quote is falsely attributed. Yet Shakespeare never wrote those lines. It was Arrigo Boito.

All of this was so intriguing to me. I couldn’t help but write about the experience. And since my experiment with composing music on the iPad led me down this path in the first place, I included a link to my instrumental piece, “You Smiled Because You Knew.” You can read that post here.

I couldn’t believe what happened after writing that one post. Other people had been curious about this too! They read about my discovery and listened to the piece. Some even reached out to tell me about it. I noticed increased traffic to my website. More and more people were listening and downloading my musical composition. To this day, that one post drives more traffic to my website than any post I’ve written. It’s actually the 3rd search result when you Google the quote!

But it just goes to show you how far a great story can go.

I’ve learned something valuable from this experience. I hope that in sharing it, you will also benefit. What I’ve learned is this – It’s so important to tell your story. It’s interesting. It’s important. And it will take you places you never thought possible.

So please, go tell yours. 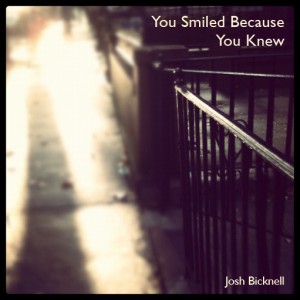 You may remember my composition and experiment – writing, performing, and recording a piece of music entirely on an iPad. The piece is called “You Smiled Because You Knew.”

In the spirit of experimentation, I’ve decided to change the copyright license to be less restrictive by using a Creative Commons license. Instead of the standard “all rights reserved,” you are now free to share it, remix it, make derivative works based on it, and even use it commerically.

So please go ahead, use it as a soundtrack for a slideshow or a video, sample it, remix it, whatever you’d like to do. If it’s helpful to you, write me a quick email to let me know how you were able to use it!

If the player does not appear above, please click here to listen to the song. It will open in a new window.